You can save money on local attractions when you explore the historic city of York with us!

The Merchant Adventurers’ Hall is one of the finest remaining examples of a medieval guildhall still in existence in Britain. This impressive grade I listed building consists of a great hall for meetings and business, a chapel, and a charity hospital.

After a day of adventuring, sit back and enjoy a locally roasted coffee, freshly baked cake or a light lunch in the Merchants’ Coffee House.

Fancy a coffee? North South Café is an independent café bar next to Bootham Bar in York.

North South is a relaxing café by day with pastries, fresh bread, sandwiches, cakes and freshly roasted coffee. By night, it transforms into a quirky independent bar just on the outskirts of the hustle and bustle of York city center. Expect an eclectic music playlist, a huge beer selection and unique cocktails.

The White Horse – 15% off food orders

The White Horse pub, based in the heart of York on Bootham, is a testament to the culture of York. The pub has a long history and has been trading since 1770.

On the fringe of the City Centre walls, this pub offers the perfect location for an ale, wine or cocktail without the fuss of the high-street night life.

Whether you’re popping in to pick up a take-out or grabbing a coffee with a friend, Bean & Gone Coffee has you covered.

They have a super range of sandwiches, hot ciabattas and amazing soups, as well as delicious cakes and treats.

Tucked away in the outskirts of the city centre, Bean & Gone Coffee brings a fresh new sandwich and coffee option to the streets of York.

York Mansion House is the official residence of the Lord Mayor of York, positioned at the heart of city society and civic life for almost 300 years.

A masterpiece of 18th century architecture and a celebration of the city it inhabits, York Mansion House and its infamous residents have a colourful history, filled with scandal, decadence, and outlandish feasting. In 2018 the house opened to the public for the first time, allowing all to experience this extravagant mayoral life, and take an interactive walk through York’s Georgian past.

Take a tour and explore all four floors of this remarkable building. Following the sweeping staircase through the house. Or why not look behind-the-scenes of the conservation work, to a deep dive into the unique heritage.

Berdern Hall – 10% off food and drink

Tucked away behind bustling Goodramgate stands Bedern Hall, the 14th century dining hall of the Vicars Choral of York Minster. The area around the hall has changed much over the centuries – from medieval splendour, through Victorian slums to its final role before restoration as William Wright’s pork pie factory!

Learn about the Vicars’ lifestyle and the things they left behind, discover the story of the restoration of the Hall, and perhaps trace your family tree!

After exploring this beautiful building, enjoy coffee and cake or a glass of wine and a savoury snack in the peaceful courtyard cafe.

Explore over 300 years of military history at the award winning York Army Museum. One of York’s hidden gems, the museum is close to the historic city centre and an easy walk from Clifford’s Tower.

The museum holds some of the most important regimental collections in Britain, going back to the 17th century.

Get to grips with historic objects and weapons handling, enjoy museum trails and dress-up, and discover the stories of two serving regiments of the British Army: The Royal Dragoon Guards, and the Prince of Wales’s Own Regiment of Yorkshire.

The Roman Bath Museum – £1 off

How many pubs in Britain can boast a 2,000-year-old Roman Bath house in the cellar?

Located smack-bang in the centre of York, in the cellar of a rather unassuming pub, lies one of the few Roman remains still visible in the city; the Roman bath house.

Descend 5 metres below the bar room and into the world of legionaries. Excavated in 1930 while digging a new cellar. A modern steel walkway suspended above the ancient remains now takes visitors through the Trepidarium (warm room) Caldarium (hot steam room) and Frigidarium (cold plunge room) before returning to the modern world and perhaps a drink at the bar!

Established in 1984, Drake’s came to York in 2010, and are now one of the city’s most longstanding family owned and run Fish & Chip restaurant and takeaways.

Newly refurbished and fully licensed, Drake’s is well known in the city and around Yorkshire not only for their world-renowned traditional Yorkshire fresh fish and chips but also their quality, local produce.

The restaurant is nestled in the shadow of the Minster, in the heart of the most ancient part of the city, and only moments away from the Shambles.

Discover the history of England’s oldest living convent in this fascinating exhibition and stunning 18th Century Hidden Chapel, one of the finest examples in Europe.

The remarkable story of this magnificent heritage building spans more than 300 years. It was established in great secrecy during the reformation and is still the home of a community of Catholic sisters today, welcoming those of all faiths and none to step into York’s best kept secret since 1686.

After exploring over 300 years of history, enjoy a visit to the café for some of the best scones and cakes in the city. Don’t miss the chance to stay in their award-winning guest house.

York Gin is a small independent distiller of some of the world’s finest gins.

It is York’s only distillery, and to make their gin they use the traditional, centuries-old method of vapour infusion in a copper still.

Over the past three years, York Gin has won gold medals at the most prestigious international spirits competitions, so they really do make some of Yorkshire’s best gins, England’s best gins – and the world’s best gins!

York Cocoa Works – 10% discount in the cafe, 20% off drinks in the coffee shop

York Cocoa Works is a working, learning chocolate factory where visitors can see, eat and craft their very own chocolate using rare and flavourful cocoa beans sourced from farms and communities around the world.

With the whole production process fully observable, you’ll see the chocolate making process from the cocoa beans sourced from our farms and communities around the world through the roasting

and making process into delicious chocolate products. the company celebrate the origins of their ingredients and have a passion for reigniting the lost art of chocolate making in York.

If you’re a bit of a sweet tooth, why not stop of in the café, offering a choice of luxurious seasonal drinking chocolates and handmade cakes. 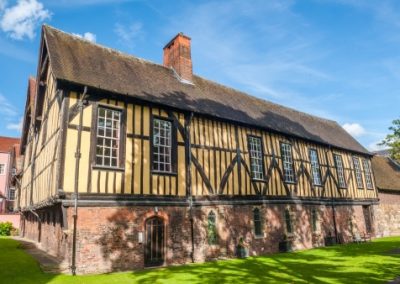 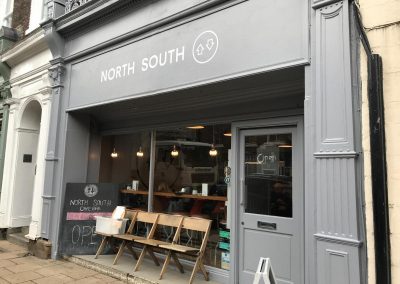 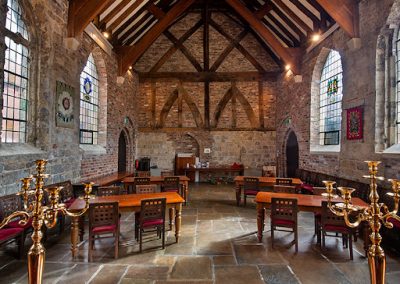 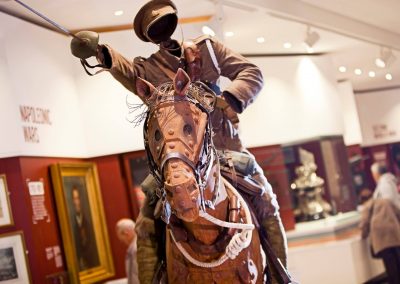 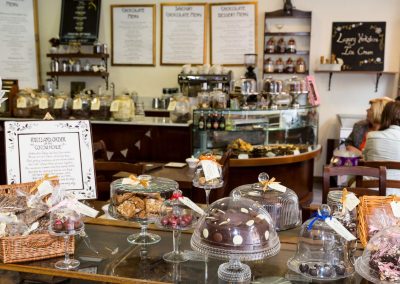 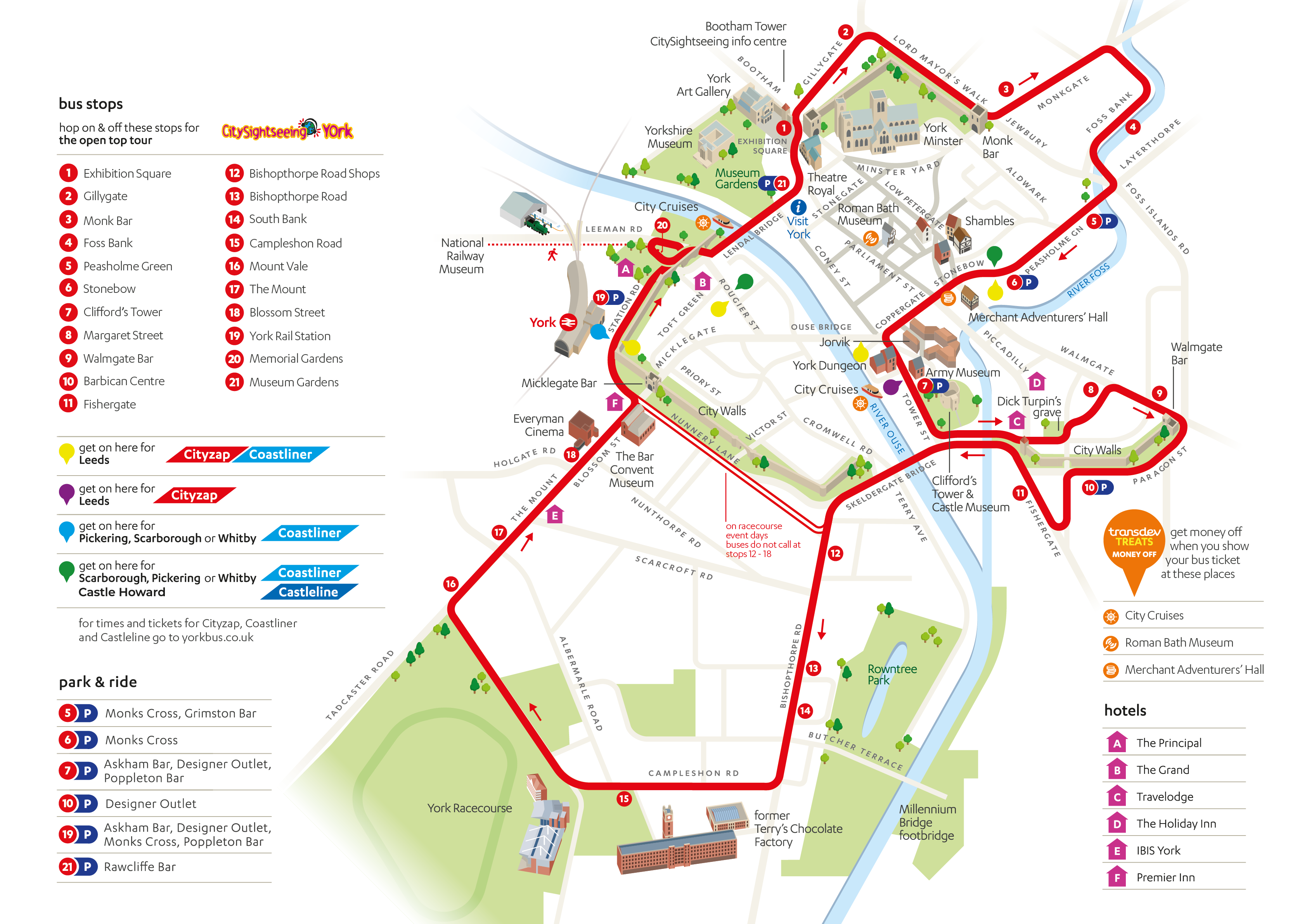 We’ve got some exciting opportunities open to join our team at York CitySightseeing. Below, you can find out what’s available, and click the link for more info.

Seasonal and permanent bus drivers – Our bus drivers have a wide variety of backgrounds but they’ve got one thing in common – they care about great customer service. Find out more here.

Salespeople – Your job will be to actively approach people on the street and sell them our amazing tour, so you need to be friendly, enthusiastic, outgoing, and great at talking to people from all over the world. Find out more here.

We’re excited to annnounce a partnership with The Grand in York.

This makes it possible to get YorkCitysightseeing tickets from the only 5 star hotel in the city!

The Grand, York is York’s most luxurious address. Housed in the former North Eastern Railway Headquarters, the iconic Edwardian building retains much of its stunning architecture and original features and provides an idyllic setting for a city break in York, or a base to explore the region. As the city’s only accredited five-star hotel, The Grand offers unrivalled service, elegance and style with a warm Yorkshire welcome and fantastic views across the city walls and York Minster.

Presented on a silver stand and with views of York’s city walls, there really is nowhere quite like The Grand for quintessentially British Afternoon Tea. Book into The Rise for Grand Afternoon Tea, served with a large selection of coffees and tea as well as Champagne, Prosecco and even with Hendrick’s Gin with our Tipsy G & Tea experience.

The Cookery School at The Grand, York offers Express, Half and Full-Day classes, with a host of international cuisines and speciality classes to choose from. With 16 fully equipped stations, and an adjoining dining area, The Cookery School offers a unique experience perfect for having fun and learning something new!

Housed in the building’s atmospheric former vaults, the luxury spa features an indoor pool, sauna, steam room and gym and is the perfect escape from the city. Book in for a rejuvenating treatment, or explore our stay, spa and dine packages.

If you are searching for the finest hotel in York, then look no further than The Grand. 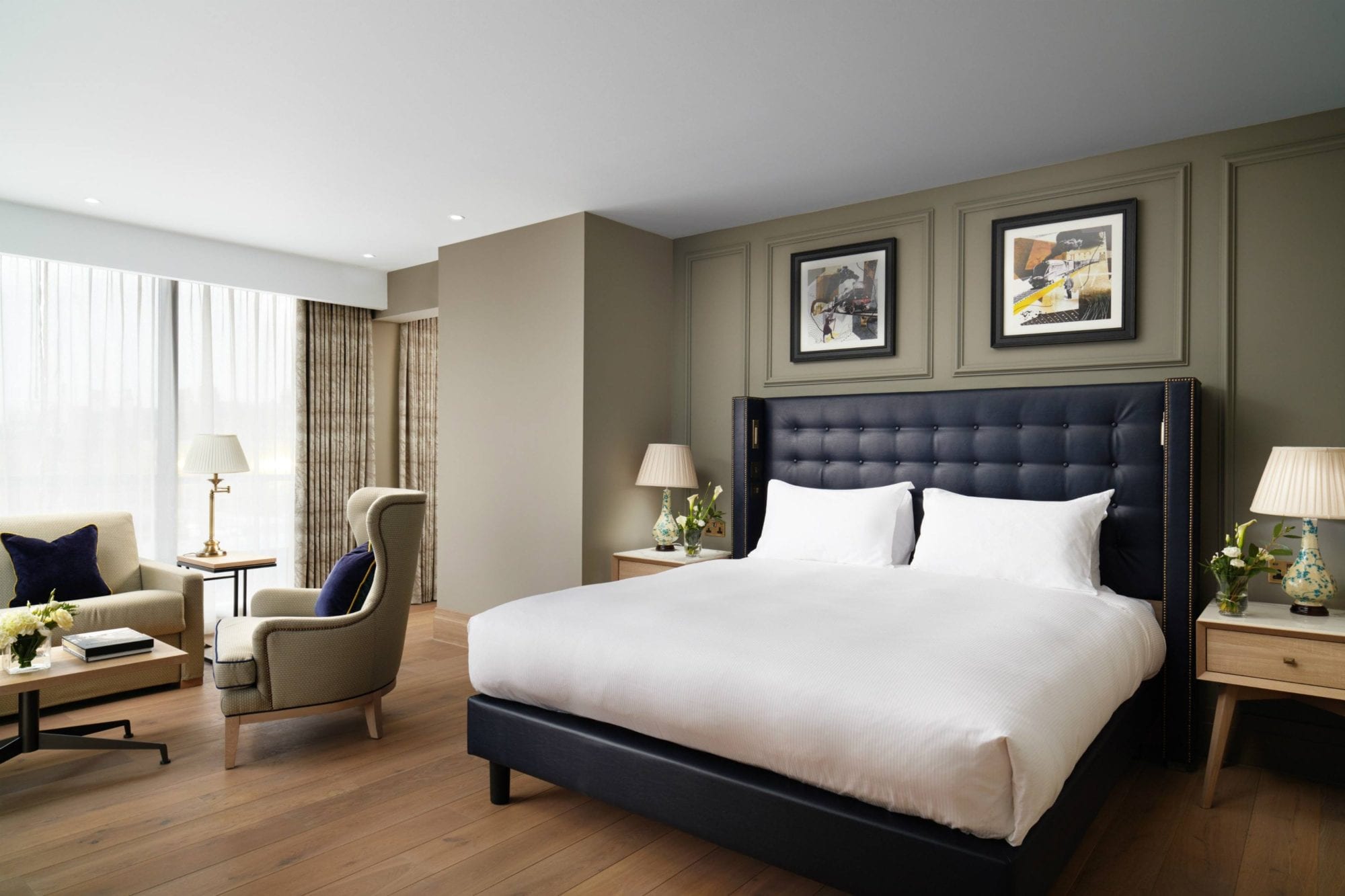 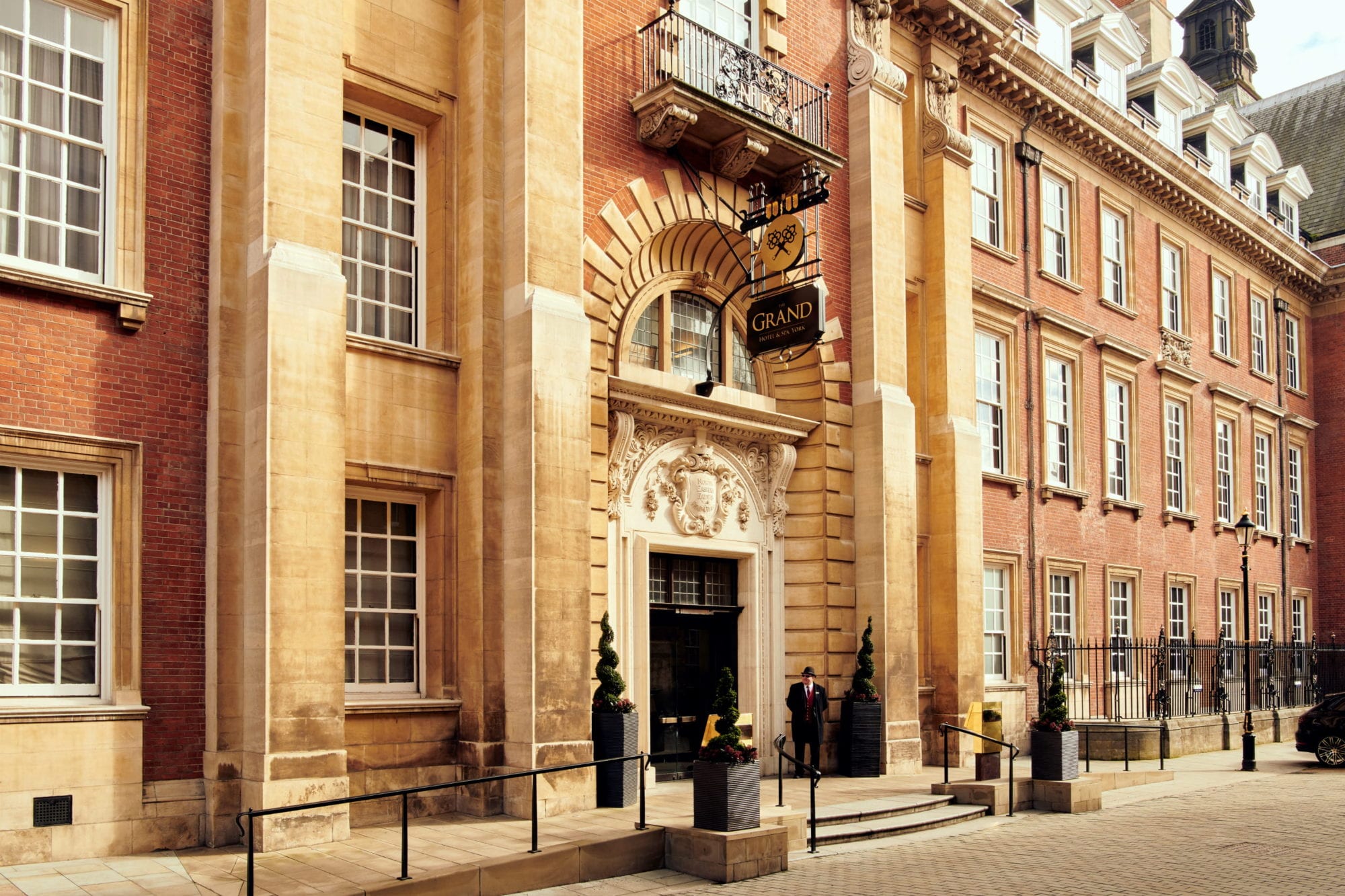 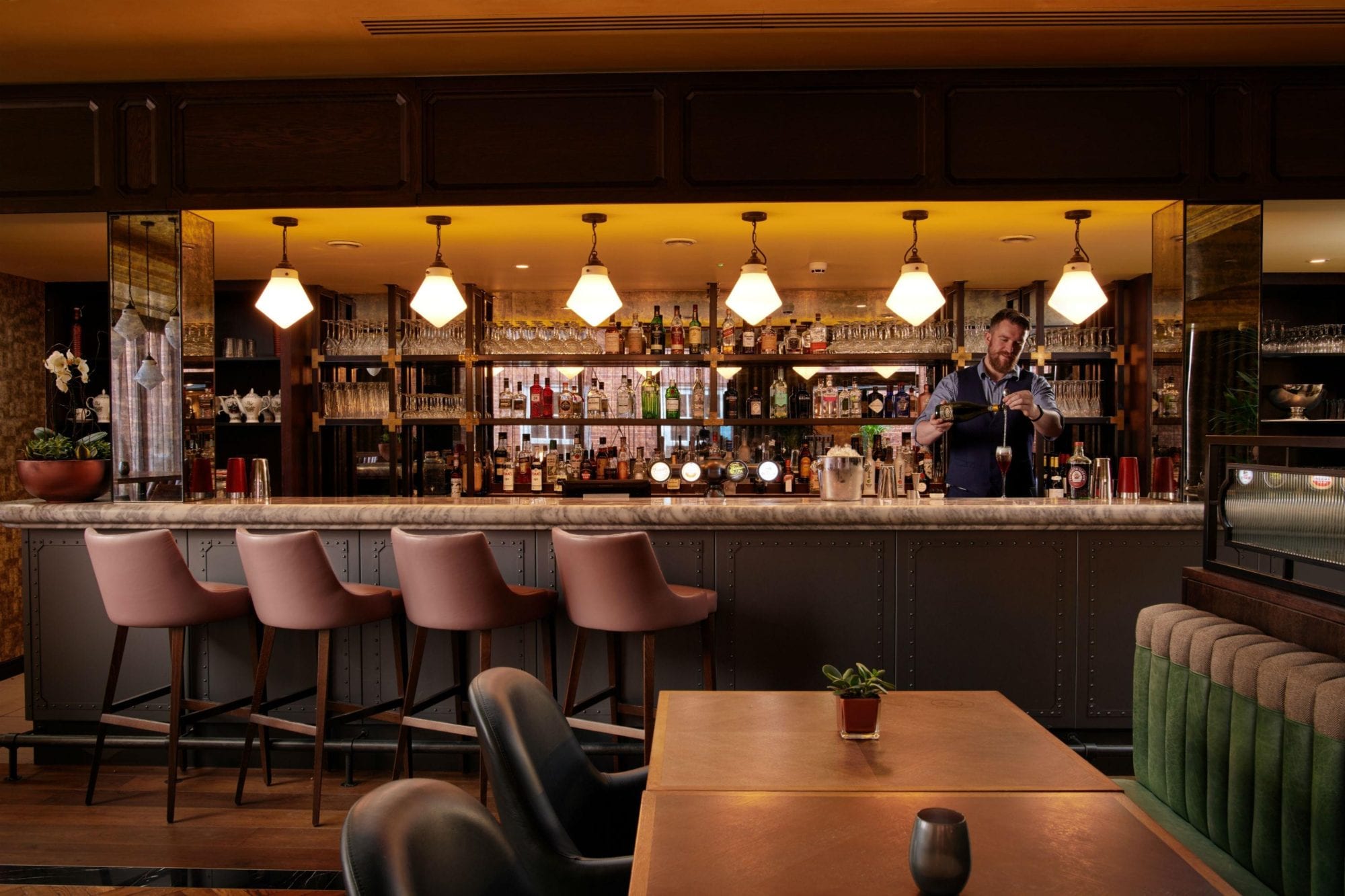 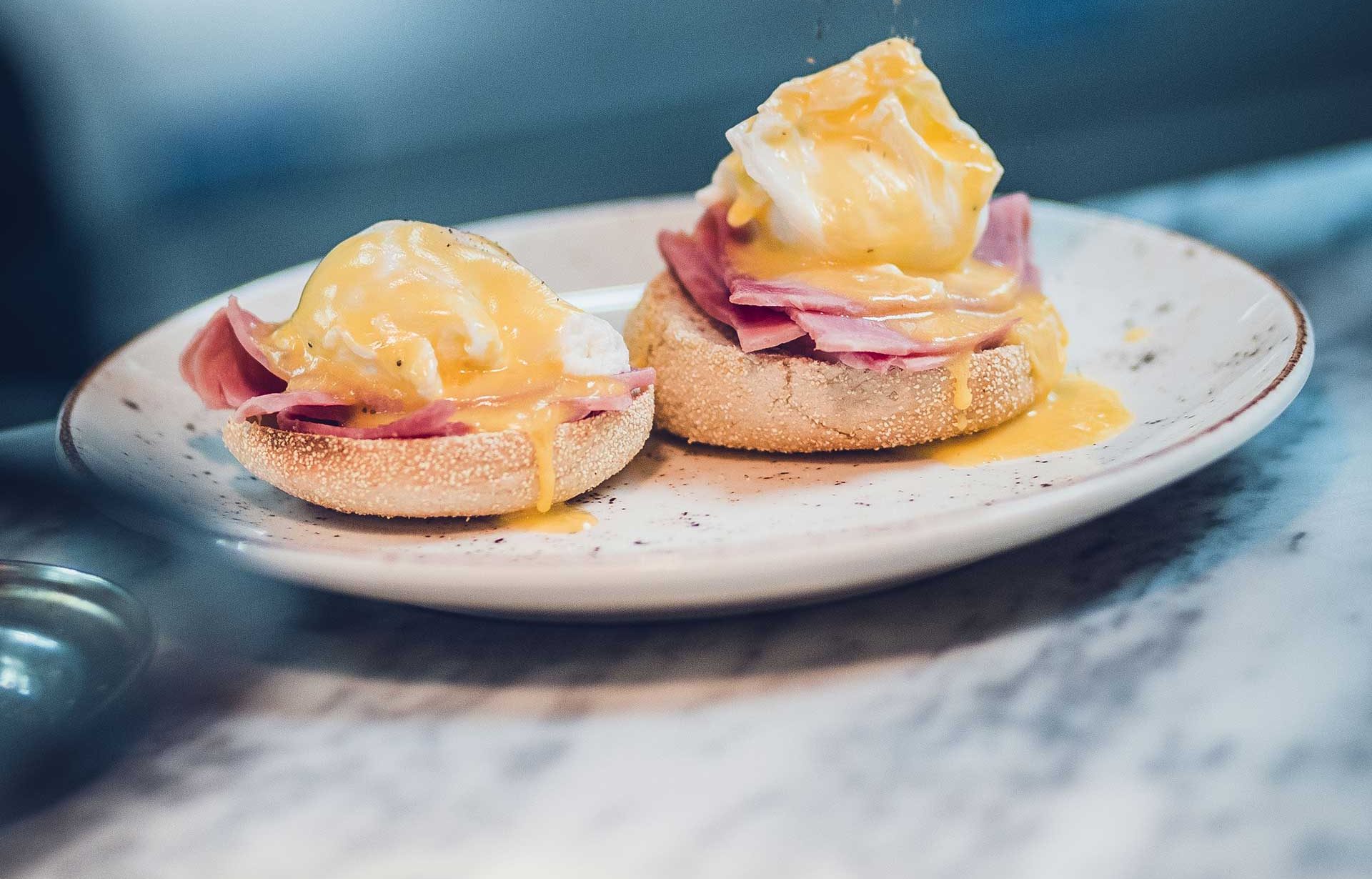 If you’re coming from Leeds, Whitby, Scarborough or any other surrounding town, it couldn’t be easier to make your way to York.

Below you can find the timetables for our other buses:

22 – Boroughbridge then Ripon & Knaresborough to York

Buy tickets for these journeys here. 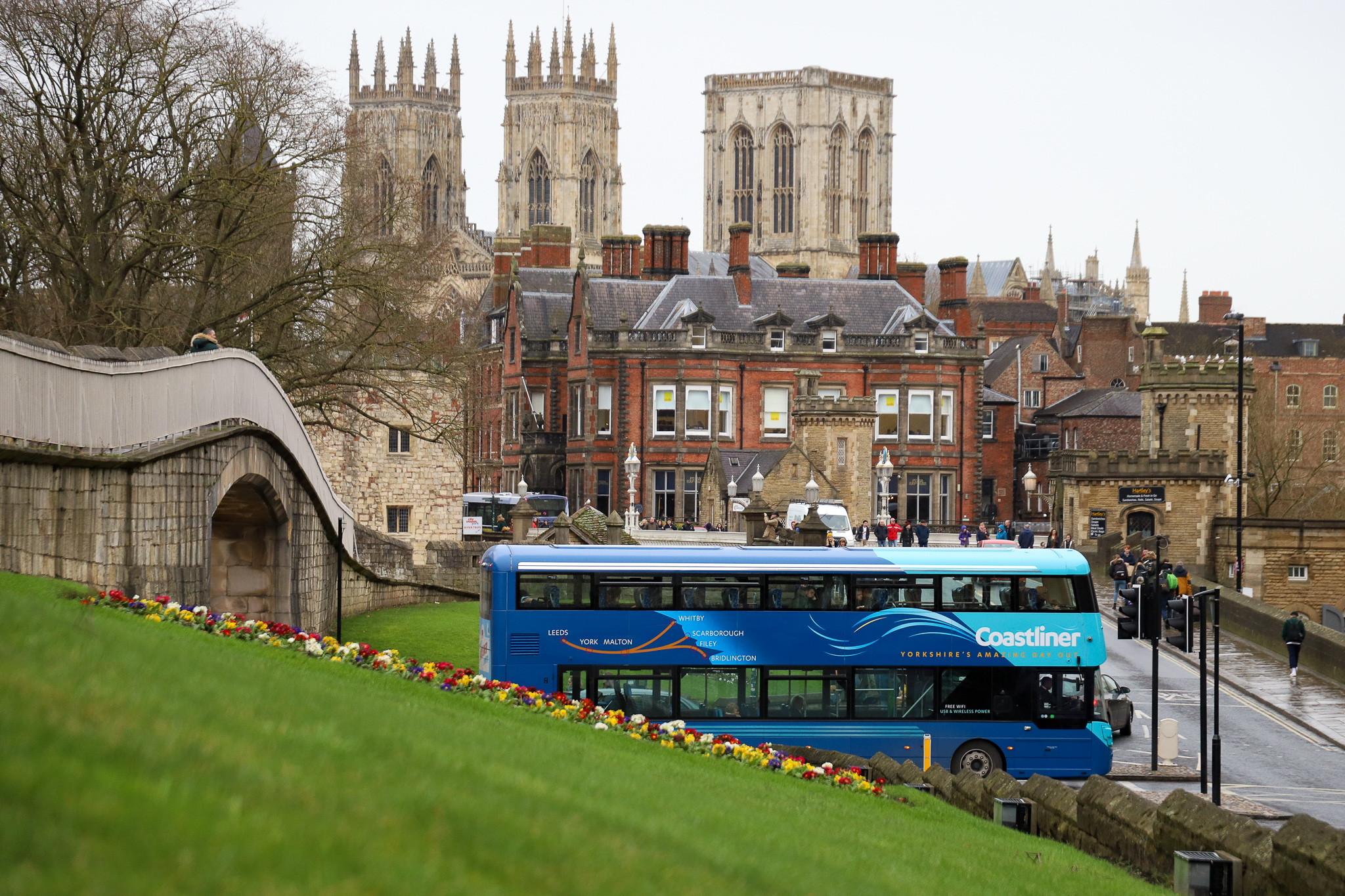 You’ll never be short of things to do in York. Take our tour and be inspired by the beauty this city has to offer. Hop-on our open-top bus at Exhibition Square and get ready to start the adventure through time!

One of the main attractions that can’t go amiss is Clifford’s Tower at Stop 7. It stands proudly at the highest point in York and really is a sight to behold.

Fishergate Bar, one of York’s gateways, was built in the early 14th century by the mayor of York. Take a trip closer to the River Ouse and visit South Bank at Bus Stop 13. Wander around Rowntrees Park nearby, which serves as a memorial for employees of the confectionery factory nearby who died in the First World War.

Right by the River Ouse you’ll find Museum Gardens at Stop 21. The tranquil atmosphere makes it the perfect picnic location on a sunny day, where you can appreciate all the beautiful flowers and immaculate fresh lawns. Take a walk and you’ll even see the ruins of the medieval St Mary’s Abbey, which dates back to the mid-11th century.

Join us around York and enjoy the views!

Our route has 14 stops around the city, including all main sights & attractions.

With our Rainy Day Guarantee, when you book online you can use your ticket any day during the week after your booking if it’s raining on your tour day. 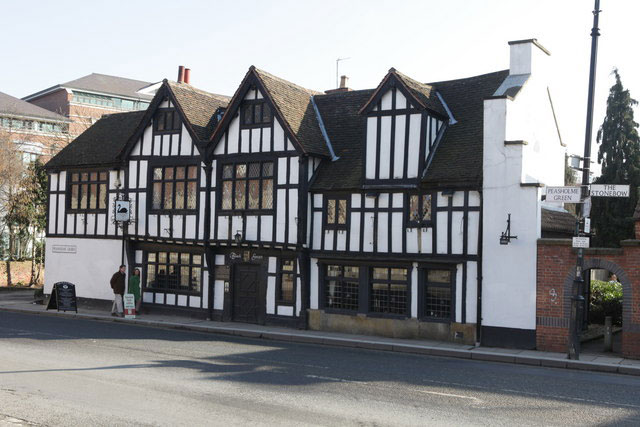 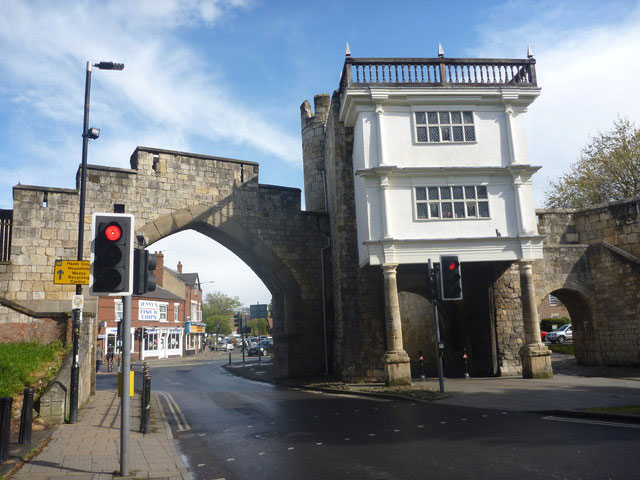 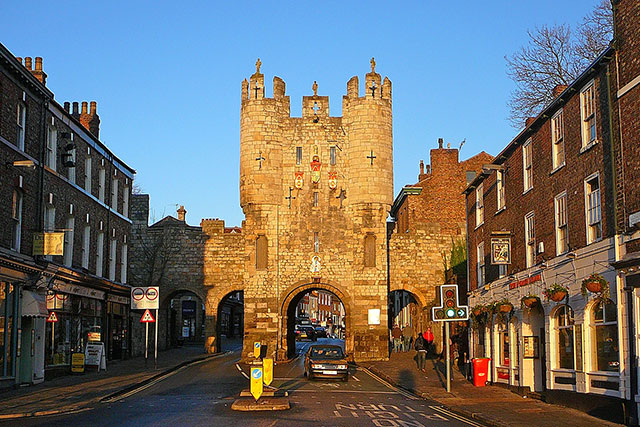 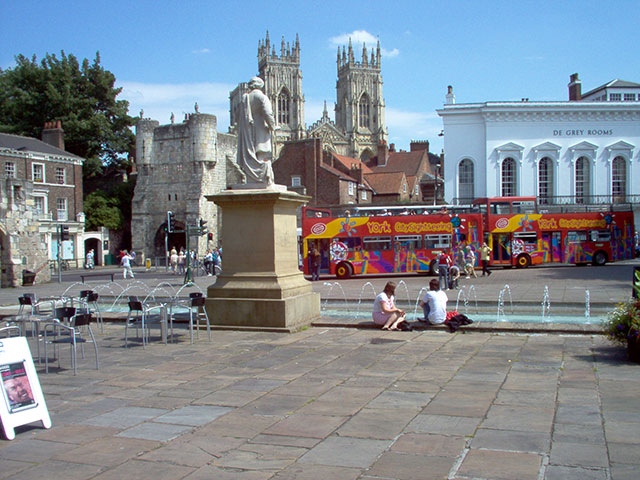 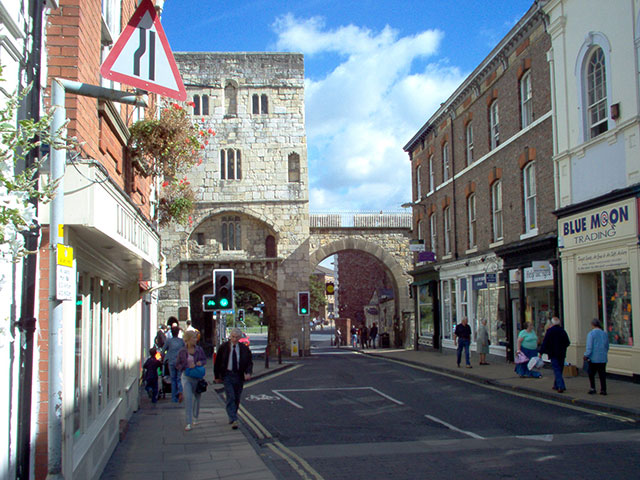 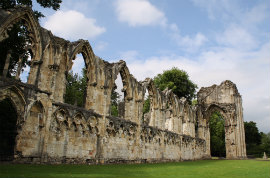 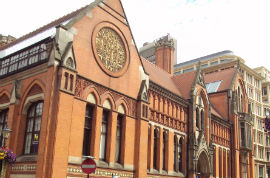 Free cancellation up to 24 hours before the chosen travel date.

Your ticket is valid for 24 hours, so you can complete a full loop of the bus tour first and then hop off at all the attractions you want to delve into.